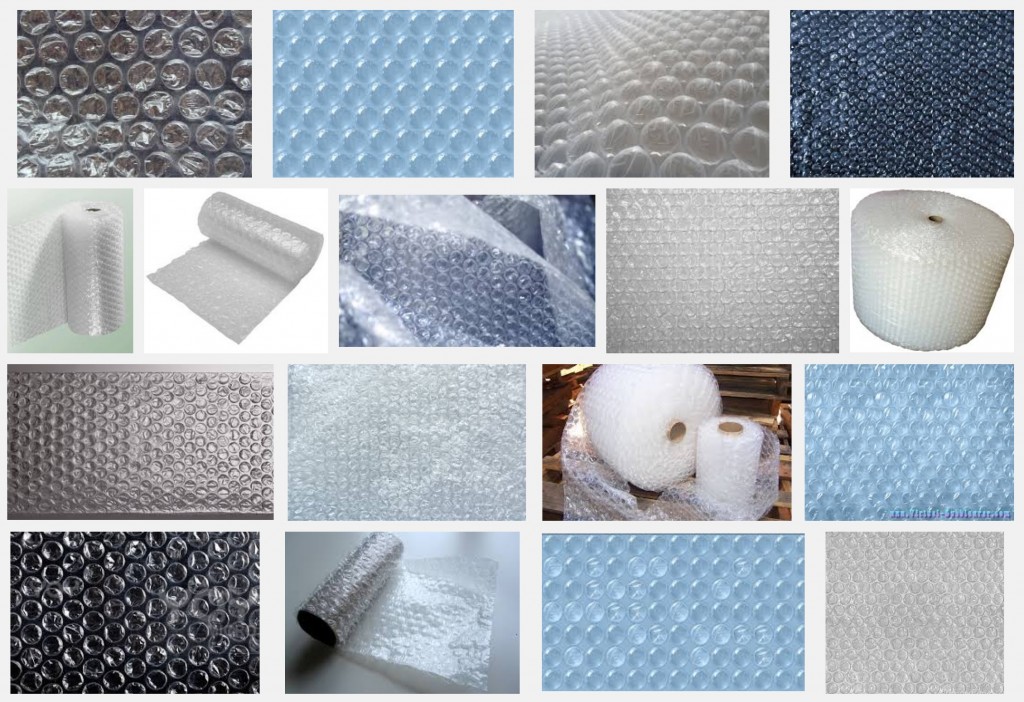 Popping those squishy pockets of air in bubble wrap has been a simple pleasure for many kids (and kids at heart) for decades. Not any more. Sealed Air, the company that has been producing this wonder material since 1960, has invented a “popless” version called iBubble Wrap.

How could they do this? As we all know popping the bubbles is often much more fun than receipt of the actual object that the wrap protects. This is not progress; this is cultural regression.

Hate to burst your bubble, but there’s a new form of Bubble Wrap coming out — and this one won’t pop.

Sealed Air, which has sold Bubble Wrap since 1960, has a new version of its protective wrapping coming out called iBubble Wrap, according to the Wall Street Journal.

It’s sold flat and airless, making it easier to store and ship. A single truckload of iBubble Wrap can hold as much packaging material as 47 truckloads of the old stuff, the Journal said.

iBubble Wrap is inflated with a custom pump by the companies that use it as shipping material.

The air bubbles in iBubble Wrap are filled in columns, and the bubbles in each column are connected. Press on one, and there’s no cathartic “POP!” as in traditional Bubble Wrap.

Instead, the air just shifts around in the column of bubbles.

The North Carolina company told the newspaper it would still make traditional Bubble Wrap, and other companies will undoubtedly continue to make similar packaging material that pops.

But if the new stuff takes off, the Bubble Wrap we all know and love could become a lot less common… and eventually, all we’ll have left is Virtual Bubble Wrap.

Well, actually, some answers, but some even better questions on the distinction between life and death.

Check out some of my other favorite deep questions and explanations, made simple from Kurz Gesagt – In a Nutshell. 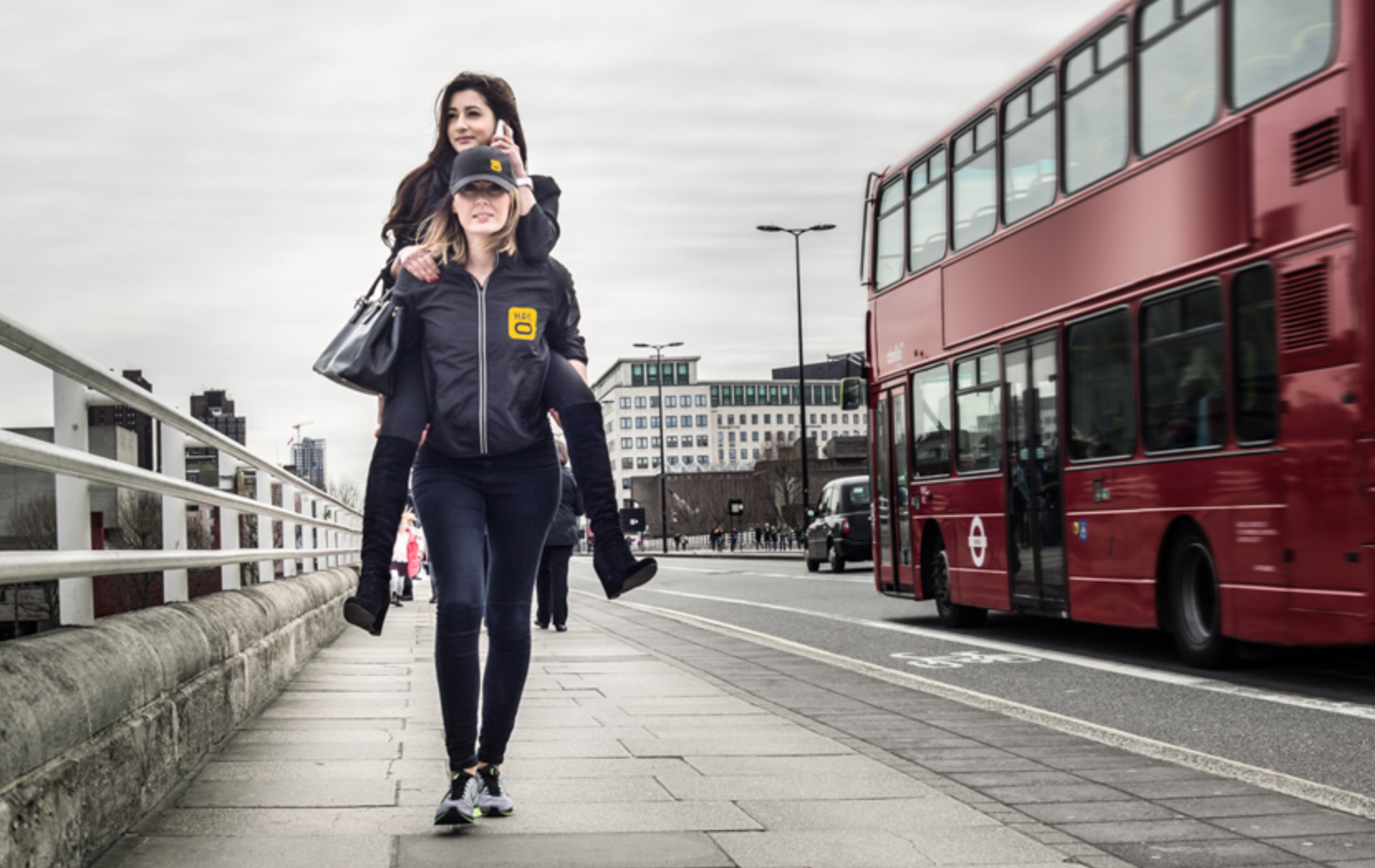 The advent of April in the United States usually brings the impending  tax day to mind. In the UK when April rolls in, it means the media goes overboard with April Fool’s jokes. Here’s a smattering of the silliest from Britain’s most serious media outlets.

From the Guardian: Jeremy Clarkson and fossil fuel divestment.

From the Independent: a round-up of the best gags, including the proposed Edinburgh suspension bridge featuring a gap, Simon Cowell’s effigy on the new £5 note, grocery store aisle trampolines for the short of stature.

Four minutes of hilarity courtesy of cracked.com – a look at our world if some name-brand websites were people. Each year the mega-rich rub shoulders with the super-powerful and the hyper-popular at the World Economic Forum, in where else, Davos, Switzerland. What concrete actions are taken during this event are anybody’s guess. But, we suspect attendees sample some tasty hors d’oeuvres while they tweet to the rest of us.

One positive outcome is this interactive Davos Hotphrase Generator, available from our friends at the Guardian. We recommend you give it a click to get a taste for next year’s critical corporate strategy or Wall Street innovation.

Now is the time of year to review all that has passed during 2012. You know how it goes: celebrity marriages, celebrity divorces, extreme weather records, deaths, best and worst movies. Our favorite moments come courtesy of postings on Craigslist. Annually, Craigslist users nominate their favorites for inclusion in the “Best Of” category. A recent favorite of ours from Pensacola, Florida:

i was in my bikini at the circle k, you came in with your short shirt and your bike shorts on. they were white and you had a pretty sexy skid mark staining your behind. you got 11 sticks of beef jerky and a gallon of whole milk, then rode off on your bicycle. i will know its you because you paid in pennies.

Homer Simpson’s famous ode to alcohol—”The cause of, and solution to, all of life’s problems”—might apply in equal measure to Craigslist, the wildly popular, barebones site where one can find all of life’s problems and solutions, including: a freelance writing gig, roommates, a sex partner, a man-sized fiberglass chili pepper, a lifetime supply of hot sauce, and coffee beans that have been ingested, digested, and excreted by someone living in Portland.

Each year, Craigslist users across the country flag their favorite classified ads for inclusion in the “best of” category. The bar to inclusion is high, but somehow each year America comes through with memorable postings that remind us just why we went ahead with this whole Web 2.0 thing.

This year was no exception. Here are a few of our favorites.

“Artist needed. Must love owls,” said one September post, which had something quite specific in mind.

We need an artist to depict the following: an owl skeleton with a parrot on its shoulder. The parrot is not a skeleton and is very colorful. The parrot has a peg leg, with a pirate hat on. The owl has an eye patch and a gold chain necklace with a skull on the pendant of said necklace. The skull in the pendant has an eye patch on the opposite eye of the owl (long story there don’t ask). The owl skeleton also has on a wizard’s hat with that typical wizard hat wrinkle. The owl is standing on a cowboy hat from a whale’s spout. This all is within a snow globe. That santa is holding with his only good hand because his other hand is a hook. Mrs. Clause is pulling on Mr. Clause’s coat with one of those dinosaur mouth grabbers that all 80’s children know.

The artist who could handle the commission would get both some cash and “a prize.”

(Side note: the oddly specific nature of this image request parallels those often received by our own creative director, Aurich Lawson, who has fielded article image suggestions that make this one look absolutely normal by comparison.)

Needed: one lap for aging cat

Next up, the “feline lap surrogate,” which I want to believe is a joke but fear is not. This job post is exactly what it sounds like, viz., the surrogate goes to a home each morning from 8am-12pm and gets paid $15 an hour to sit in a chair and “allow my cat to sit on their lap (the cat is attention seeking, and has been decreasing my productivity as of late).” The ideal candidate must have cat handling experience and no allergies.

“I do not need anyone in the afternoon since the sun warms the window sill by that point, and the cat will prefer the window sill to a lap,” the ad concludes. “Breakfast and lunch will be provided each day.”

Correlate 2 sets of totally independent statistics and you get to blame Twitter for most, if not all, of the world’s ills. That’s what Tim Cooley has done with this funny and informative #Blame Twitter infographic below.

Of course, even though the numbers are all verified and trusted, causation is entirely another factor. So, while 144,595 people die each day (on average), it is not (yet) as a result of using Twitter, and while our planet loses 1 hectare of forest for every 18,000 tweets, it’s not the endless Twittering that is causing de-forestation.