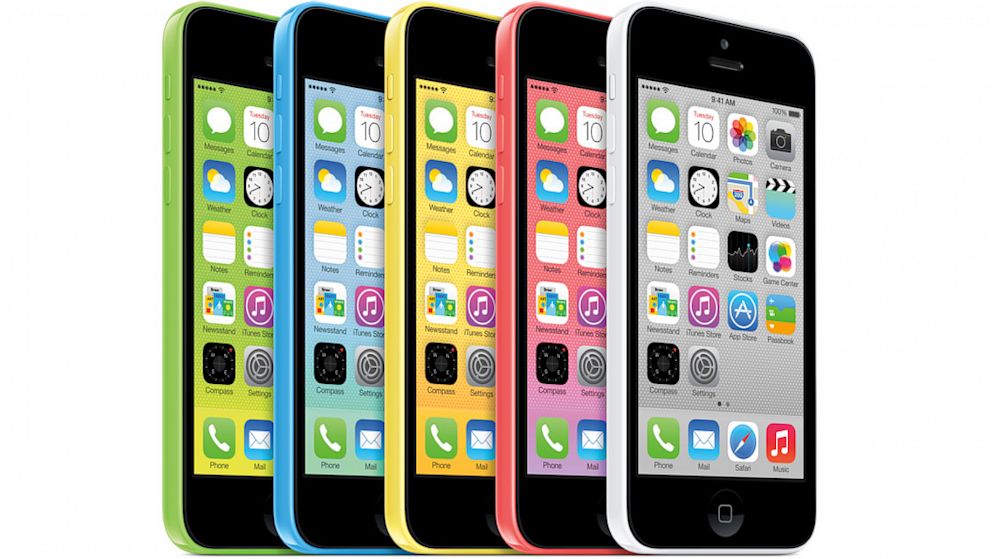 There is a slight catch.

Your iPhone is worth around $3,000 based on the combined value of a sack full of gadgets from over 20 years ago. We all know that no IPhone existed in the early nineties — not even inside Steve Jobs’ head. So intrepid tech-sleuth, Steve Cichon, calculated the iPhone’s value by combining the functions of fifteen or so consumer electronics devices from 1991, found at Radio Shack, which when all combined offer comparable features to one of today’s iPhones.

Buffalo writer Steve Cichon dug up an old Radio Shack ad, offering a variety of what were then cutting-edge gadgets. There are 15 items listed on the page, and Cichon points out that all but two of them — the exceptions are a radar detector and a set of speakers — do jobs that can now be performed with a modern iPhone.

The other 13 items, including a desktop computer, a camcorder, a CD player  and a mobile phone, have a combined price of $3,071.21. The unsubsidized price of an iPhone is $549. And, of course, your iPhone is superior to these devices in many respects. The VHS camcorder, for example, captured video at a quality vastly inferior to the crystal-clear 1080p video an iPhone can record. That $1,599 Tandy computer would have struggled to browse the Web of the 1990s, to say nothing of the sophisticated Web sites iPhones access today. The CD player only lets you carry a few albums worth of music at a time; an iPhone can hold thousands of songs. And of course, the iPhone fits in your pocket.

This example is important to remember in the debate over whether the government’s official inflation figures understate or overstate inflation. In computing the inflation rate, economists assemble a representative “basket of goods” and see how its price changes over time. This isn’t difficult when the items in the basket are milk or gallons of gasoline. But it becomes extremely tricky when thinking about high-tech products. This year’s products are dramatically better than last year’s, so economists include a “quality adjustment” factor to reflect the change. But making apples-to-apples comparisons is difficult.

There’s no basket of 1991 gadgets that exactly duplicates the functionality of a modern iPhone, so deciding what to put into that basket is an inherently subjective enterprise. It’s not obvious that the average customer really gets as much value from his or her iPhone as a gadget lover in 1991 would have gotten from $3,000 worth of Radio Shack gadgets. On the other hand, iPhones do a lot of other things, too, like check Facebook, show movies on the go and provide turn-by-turn directions, that would have been hard to do on any gadget in 1991. So if anything, I suspect the way we measure inflation understates how quickly our standard of living has been improving.

Apple’s invention of the iPhone is story of insight, collaboration, cannibalization and dogged persistence over the period of a decade.

Like many of Apple’s inventions, the iPhone began not with a vision, but with a problem. By 2005, the iPod had eclipsed the Mac as Apple’s largest source of revenue, but the music player that rescued Apple from the brink now faced a looming threat: The cellphone. Everyone carried a phone, and if phone companies figured out a way to make playing music easy and fun, “that could render the iPod unnecessary,” Steve Jobs once warned Apple’s board, according to Walter Isaacson’s biography.

Fortunately for Apple, most phones on the market sucked. Jobs and other Apple executives would grouse about their phones all the time. The simplest phones didn’t do much other than make calls, and the more functions you added to phones, the more complicated they were to use. In particular, phones “weren’t any good as entertainment devices,” Phil Schiller, Apple’s longtime marketing chief, testified during the company’s patent trial with Samsung. Getting music and video on 2005-era phones was too difficult, and if you managed that, getting the device to actually play your stuff was a joyless trudge through numerous screens and menus.

That was because most phones were hobbled by a basic problem—they didn’t have a good method for input. Hard keys (like the ones on the BlackBerry) worked for typing, but they were terrible for navigation. In theory, phones with touchscreens could do a lot more, but in reality they were also a pain to use. Touchscreens of the era couldn’t detect finger presses—they needed a stylus, and the only way to use a stylus was with two hands (one to hold the phone and one to hold the stylus). Nobody wanted a music player that required two-handed operation.

This is the story of how Apple reinvented the phone. The general outlines of this tale have been told before, most thoroughly in Isaacson’s biography. But the Samsung case—which ended last month with a resounding victory for Apple—revealed a trove of details about the invention, the sort of details that Apple is ordinarily loath to make public. We got pictures of dozens of prototypes of the iPhone and iPad. We got internal email that explained how executives and designers solved key problems in the iPhone’s design. We got testimony from Apple’s top brass explaining why the iPhone was a gamble.

Put it all together and you get remarkable story about a device that, under the normal rules of business, should not have been invented. Given the popularity of the iPod and its centrality to Apple’s bottom line, Apple should have been the last company on the planet to try to build something whose explicit purpose was to kill music players. Yet Apple’s inner circle knew that one day, a phone maker would solve the interface problem, creating a universal device that could make calls, play music and videos, and do everything else, too—a device that would eat the iPod’s lunch. Apple’s only chance at staving off that future was to invent the iPod killer itself. More than this simple business calculation, though, Apple’s brass saw the phone as an opportunity for real innovation. “We wanted to build a phone for ourselves,” Scott Forstall, who heads the team that built the phone’s operating system, said at the trial. “We wanted to build a phone that we loved.”

The problem was how to do it. When Jobs unveiled the iPhone in 2007, he showed off a picture of an iPod with a rotary-phone dialer instead of a click wheel. That was a joke, but it wasn’t far from Apple’s initial thoughts about phones. The click wheel—the brilliant interface that powered the iPod (which was invented for Apple by a firm called Synaptics)—was a simple, widely understood way to navigate through menus in order to play music. So why not use it to make calls, too?

In 2005, Tony Fadell, the engineer who’s credited with inventing the first iPod, got hold of a high-end desk phone made by Samsung and Bang & Olufsen that you navigated using a set of numerical keys placed around a rotating wheel. A Samsung cell phone, the X810, used a similar rotating wheel for input. Fadell didn’t seem to like the idea. “Weird way to hold the cellphone,” he wrote in an email to others at Apple. But Jobs thought it could work. “This may be our answer—we could put the number pad around our clickwheel,” he wrote. (Samsung pointed to this thread as evidence for its claim that Apple’s designs were inspired by other companies, including Samsung itself.)

Around the same time, Jonathan Ive, Apple’s chief designer, had been investigating a technology that he thought could do wonderful things someday—a touch display that could understand taps from multiple fingers at once. (Note that Apple did not invent multitouch interfaces; it was one of several companies investigating the technology at the time.) According to Isaacson’s biography, the company’s initial plan was to the use the new touch system to build a tablet computer. Apple’s tablet project began in 2003—seven years before the iPad went on sale—but as it progressed, it dawned on executives that multitouch might work on phones. At one meeting in 2004, Jobs and his team looked a prototype tablet that displayed a list of contacts. “You could tap on the contact and it would slide over and show you the information,” Forstall testified. “It was just amazing.”

Jobs himself was particularly taken by two features that Bas Ording, a talented user-interface designer, had built into the tablet prototype. One was “inertial scrolling”—when you flick at a list of items on the screen, the list moves as a function of how fast you swipe, and then it comes to rest slowly, as if being affected by real-world inertia. Another was the “rubber-band effect,” which causes a list to bounce against the edge of the screen when there were no more items to display. When Jobs saw the prototype, he thought, “My god, we can build a phone out of this,” he told the D Conference in 2010.

Jonathan Ive, the design brains behind such iconic contraptions as the iMac, iPod and the iPhone discusses his notion of “undesign”. Ive has over 300 patents and is often cited as one of the most influential industrial designers of the last 20 years. Perhaps it’s purely coincidental that’s Ive’s understated “undesign” comes from his unassuming Britishness.

Macworld, 1999. That was the year Apple introduced the iMac in five candy colors. The iMac was already a translucent computer that tried its best not to make you nervous. Now it strove to be even more welcoming, almost silly. And here was Apple’s newish head of design, Jonathan Ive, talking about the product in a video—back when he let his hair grow and before he had permanently donned his dark T-shirt uniform. Even then, Ive had the confessional intimacy that makes him the star of Apple promotional videos today. His statement is so ridiculous that he laughs at it himself: “A computer absolutely can be sexy, it’s um … yeah, it can.”

A decade later, no one would laugh (too loudly) if you said that an Apple product was sexy. Look at how we all caress our iPhones. This is not an accident. In interviews, Ive talks intensely about the tactile quality of industrial design. The team he runs at Apple is obsessed with mocking up prototypes. There is a now-legendary story from Ive’s student days of an apartment filled with foam models of his projects. Watch this scene in the documentary Objectified where Ive explains the various processes used to machine a MacBook Air keyboard. He gazes almost longingly upon a titanium blank. This is a man who loves his materials.

Ive’s fixation on how a product feels in your hand, and his micro-focus on aspects like the shininess of the stainless steel, or the exact amount of reflectivity in the screen, were first fully realized with the iPod. From that success, you can see how Ive and Steve Jobs led Apple to glory in the past decade. The iPod begat the iPhone, which in turned inspired the iPad. A new kind of tactile computing was born. Ive’s primary concern for physicality, and his perfectionist desire to think through every aspect of the manufacturing process (even the boring parts), were the exact gifts needed to make a singular product like the iPhone a reality and to guide Apple products through a new era of human-computer interaction. Putting design first has reaped huge financial rewards: Apple is now vying with Exxon to be the world’s most valuable company.