Ever wonder how many people have gone before? The succinct infographic courtesy of Jon Gosier takes a good stab at answering the question. First, a few assumptions and explanations:

The numbers in this piece are speculative but are as accurate as modern research allows. It’s widely accepted that prior to 2002 there had been somewhere between 106 and 140 billion homo sapiens born to the world. The graphic below uses the conservative number (106 bn) as the basis for a circle graph. The center dot represents how many people are currently living (red) versus the dead (white). The dashed vertical line shows how much time passed between milestones. The spectral graph immediately below this text illustrates the population ‘benchmarks’ that were used to estimate the population over time. Adding the population numbers gets you to 106 billion. The red sphere is then used to compare against other data. 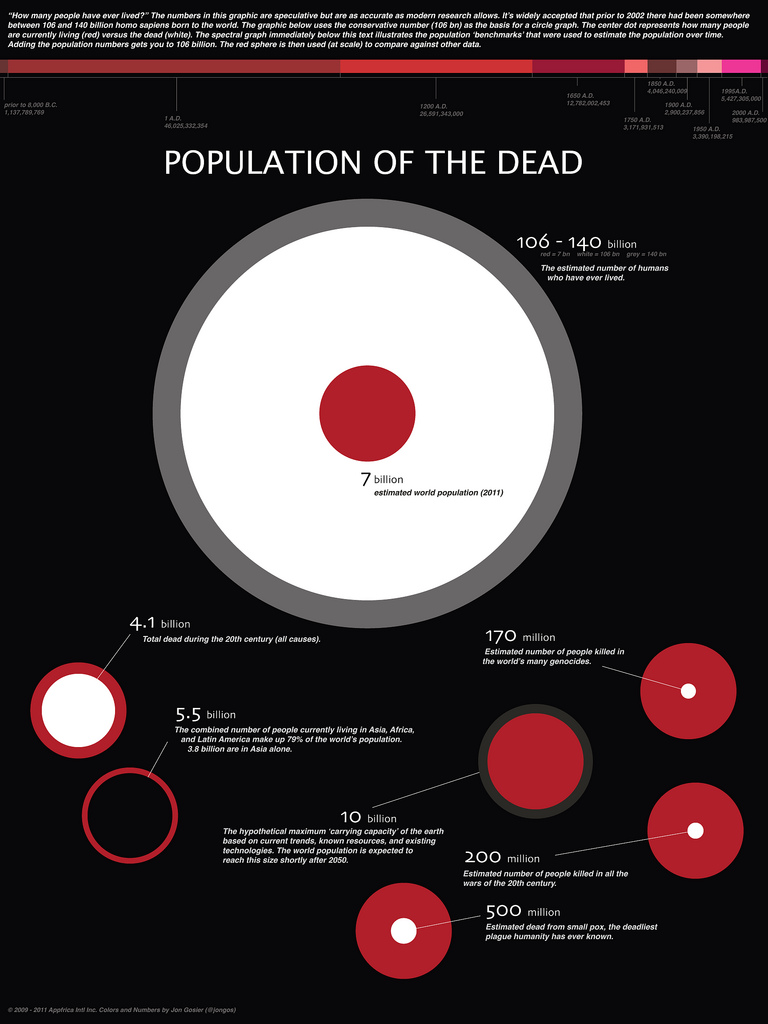