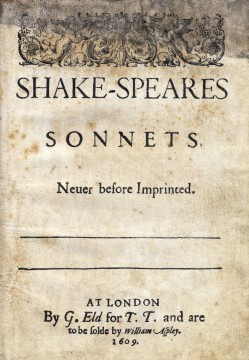 For the first time scientists have built a computer software model of an entire organism from its molecular building blocks. This allows the model to predict previously unobserved cellular biological processes and behaviors. While the organism in question is a simple bacterium, this represents another huge advance in computational biology.

Scientists at Stanford University and the J. Craig Venter Institute have developed the first software simulation of an entire organism, a humble single-cell bacterium that lives in the human genital and respiratory tracts.

The scientists and other experts said the work was a giant step toward developing computerized laboratories that could carry out complete experiments without the need for traditional instruments.

For medical researchers and drug designers, cellular models will be able to supplant experiments during the early stages of screening for new compounds. And for molecular biologists, models that are of sufficient accuracy will yield new understanding of basic biological principles.

The simulation of the complete life cycle of the pathogen, Mycoplasma genitalium, was presented on Friday in the journal Cell. The scientists called it a “first draft” but added that the effort was the first time an entire organism had been modeled in such detail — in this case, all of its 525 genes.

“Where I think our work is different is that we explicitly include all of the genes and every known gene function,” the team’s leader, Markus W. Covert, an assistant professor of bioengineering at Stanford, wrote in an e-mail. “There’s no one else out there who has been able to include more than a handful of functions or more than, say, one-third of the genes.”

The simulation, which runs on a cluster of 128 computers, models the complete life span of the cell at the molecular level, charting the interactions of 28 categories of molecules — including DNA, RNA, proteins and small molecules known as metabolites that are generated by cell processes.

“The model presented by the authors is the first truly integrated effort to simulate the workings of a free-living microbe, and it should be commended for its audacity alone,” wrote the Columbia scientists Peter L. Freddolino and Saeed Tavazoie in a commentary that accompanied the article. “This is a tremendous task, involving the interpretation and integration of a massive amount of data.”

They called the simulation an important advance in the new field of computational biology, which has recently yielded such achievements as the creation of a synthetic life form — an entire bacterial genome created by a team led by the genome pioneer J. Craig Venter. The scientists used it to take over an existing cell.

For their computer simulation, the researchers had the advantage of extensive scientific literature on the bacterium. They were able to use data taken from more than 900 scientific papers to validate the accuracy of their software model.

Still, they said that the model of the simplest biological system was pushing the limits of their computers.

“Right now, running a simulation for a single cell to divide only one time takes around 10 hours and generates half a gigabyte of data,” Dr. Covert wrote. “I find this fact completely fascinating, because I don’t know that anyone has ever asked how much data a living thing truly holds. We often think of the DNA as the storage medium, but clearly there is more to it than that.”

In designing their model, the scientists chose an approach that parallels the design of modern software systems, known as object-oriented programming. Software designers organize their programs in modules, which communicate with one another by passing data and instructions back and forth.

Similarly, the simulated bacterium is a series of modules that mimic the different functions of the cell.

“The major modeling insight we had a few years ago was to break up the functionality of the cell into subgroups which we could model individually, each with its own mathematics, and then to integrate these sub-models together into a whole,” Dr. Covert said. “It turned out to be a very exciting idea.”