The US Federal Communications Commission (FCC) took a giant step in the right direction, on February 26, 2015, when it voted to regulate internet broadband much like a public utility. This is a great victory for net neutrality advocates and consumers who had long sought to protect equal access for all to online services and information. Tim Berners Lee, inventor of the World Wide Web, offered his support and praise for the ruling, saying:

Internet activists scored a landmark victory on Thursday as the top US telecommunications regulator approved a plan to govern broadband internet like a public utility.

Following one of the most intense – and bizarre – lobbying battles in the history of modern Washington politics, the Federal Communications Commission (FCC) passed strict new rules that give the body its greatest power over the cable industry since the internet went mainstream.

FCC chairman Tom Wheeler – a former telecom lobbyist turned surprise hero of net-neutrality supporters – thanked the 4m people who had submitted comments on the new rules. “Your participation has made this the most open process in FCC history,” he said. “We listened and we learned.”

Wheeler said that while other countries were trying to control the internet, the sweeping new US protections on net neutrality – the concept that all information and services should have equal access online – represented “a red-letter day for internet freedom”.

“The internet is simply too important to be left without rules and without a referee on the field,” said Wheeler. “Today’s order is more powerful and more expansive than any previously suggested.”

Broadband providers will be banned from creating so-called “fast lanes” blocking or slowing traffic online, and will oversee mobile broadband as well as cable. The FCC would also have the authority to challenge unforeseen barriers broadband providers might create as the internet develops.

Activists and tech companies argue the new rules are vital to protect net neutrality – the concept that all information and services should have equal access to the internet. The FCC’s two Republican commissioners, Ajit Pai and Michael O’Rielly, voted against the plan but were overruled at a much anticipated meeting by three Democratic members on the panel.

Republicans have long fought the FCC’s net neutrality protections, arguing the rules will create an unnecessary burden on business. They have accused Barack Obama of bullying the regulator into the move in order to score political points, with conservative lawmakers and potential 2016 presidential candidates expected to keep the fight going well into that election campaign.

Pai said the FCC was flip-flopping for “one reason and one reason only: president Obama told us to do so”.

“This is the FCC using all the tools in our toolbox to protect innovators and consumers.”

Obama offered his support to the rules late last year, following an online activism campaign that pitched internet organisers and companies from Netflix and Reddit to the online craft market Etsy and I Can Has Cheezburger? – weblog home of the Lolcats meme – against Republican leaders and the cable and telecom lobbies.

Broadband will now be regulated under Title II of the Communications Act – the strongest legal authority the FCC has in its authority. Obama called on the independent regulator to implement Title II last year, leading to charges that he unduly influenced Wheeler’s decision that are now being investigated in Congress.

A small band of protesters gathered in the snow outside the FCC’s Washington headquarters before the meeting on Thursday, in celebration of their success in lobbying for a dramatic U-turn in regulation. Wheeler and his Democratic colleagues, Mignon Clyburn and Jessica Rosenworcel, were cheered as they sat down for the meeting.

Joining the activists outside was Apple co-counder Steve Wozniak, who said the FCC also needed more power to prevent future attacks on the open internet.

“We have won on net neutrality,” Wozniak told the Guardian. “This is important because they don’t want the FCC to have oversight over other bad stuff.”

Tim Berners Lee, inventor of the world wide web, addressed the meeting via video, saying he applauded the FCC’s decision to protect net neutrality: “More than anything else, the action you take today will preserve the reality of a permission-less innovation that is the heart of the internet.” 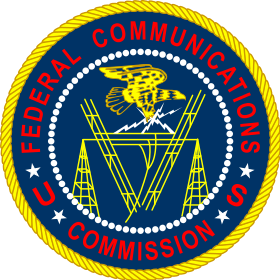 Chairman of the US Federal Communications Commission (FCC) was once beholden to the pseudo-monopolies that are cable and wireless providers. Now, he seems to be fighting to keep the internet fair, neutral and open — for consumers. Hard to believe. But, let’s face it, if Comcast and other telecoms behemoths are against Wheeler’s proposal then it must be good for consumer.

After more than a decade of debate and a record-setting proceeding that attracted nearly 4 million public comments, the time to settle the Net Neutrality question has arrived. This week, I will circulate to the members of the Federal Communications Commission (FCC) proposed new rules to preserve the internet as an open platform for innovation and free expression. This proposal is rooted in long-standing regulatory principles, marketplace experience, and public input received over the last several months.

Broadband network operators have an understandable motivation to manage their network to maximize their business interests. But their actions may not always be optimal for network users. The Congress gave the FCC broad authority to update its rules to reflect changes in technology and marketplace behavior in a way that protects consumers. Over the years, the Commission has used this authority to the public’s great benefit.

The internet wouldn’t have emerged as it did, for instance, if the FCC hadn’t mandated open access for network equipment in the late 1960s. Before then, AT&T prohibited anyone from attaching non-AT&T equipment to the network. The modems that enabled the internet were usable only because the FCC required the network to be open.

Companies such as AOL were able to grow in the early days of home computing because these modems gave them access to the open telephone network.

I personally learned the importance of open networks the hard way. In the mid-1980s I was president of a startup, NABU: The Home Computer Network. My company was using new technology to deliver high-speed data to home computers over cable television lines. Across town Steve Case was starting what became AOL. NABU was delivering service at the then-blazing speed of 1.5 megabits per second—hundreds of times faster than Case’s company. “We used to worry about you a lot,” Case told me years later.

But NABU went broke while AOL became very successful. Why that is highlights the fundamental problem with allowing networks to act as gatekeepers.

While delivering better service, NABU had to depend on cable television operators granting access to their systems. Steve Case was not only a brilliant entrepreneur, but he also had access to an unlimited number of customers nationwide who only had to attach a modem to their phone line to receive his service. The phone network was open whereas the cable networks were closed. End of story.

The phone network’s openness did not happen by accident, but by FCC rule. How we precisely deliver that kind of openness for America’s broadband networks has been the subject of a debate over the last several months.

Originally, I believed that the FCC could assure internet openness through a determination of “commercial reasonableness” under Section 706 of the Telecommunications Act of 1996. While a recent court decision seemed to draw a roadmap for using this approach, I became concerned that this relatively new concept might, down the road, be interpreted to mean what is reasonable for commercial interests, not consumers.

That is why I am proposing that the FCC use its Title II authority to implement and enforce open internet protections.

Using this authority, I am submitting to my colleagues the strongest open internet protections ever proposed by the FCC. These enforceable, bright-line rules will ban paid prioritization, and the blocking and throttling of lawful content and services. I propose to fully apply—for the first time ever—those bright-line rules to mobile broadband. My proposal assures the rights of internet users to go where they want, when they want, and the rights of innovators to introduce new products without asking anyone’s permission.

All of this can be accomplished while encouraging investment in broadband networks. To preserve incentives for broadband operators to invest in their networks, my proposal will modernize Title II, tailoring it for the 21st century, in order to provide returns necessary to construct competitive networks. For example, there will be no rate regulation, no tariffs, no last-mile unbundling. Over the last 21 years, the wireless industry has invested almost $300 billion under similar rules, proving that modernized Title II regulation can encourage investment and competition.

Congress wisely gave the FCC the power to update its rules to keep pace with innovation. Under that authority my proposal includes a general conduct rule that can be used to stop new and novel threats to the internet. This means the action we take will be strong enough and flexible enough not only to deal with the realities of today, but also to establish ground rules for the as yet unimagined.

The internet must be fast, fair and open. That is the message I’ve heard from consumers and innovators across this nation. That is the principle that has enabled the internet to become an unprecedented platform for innovation and human expression. And that is the lesson I learned heading a tech startup at the dawn of the internet age. The proposal I present to the commission will ensure the internet remains open, now and in the future, for all Americans.